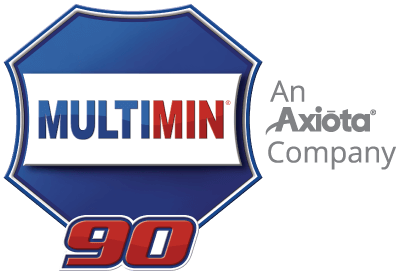 If the Drought Continues, What Could I Expect Will Be the Nutritional Effects on the Cow Herd?

Reduced forage intake caused by drought can have an adverse effect on reproductive efficiency, especially if cows are thin at calving. Cows that enter the winter in poor body condition can have lower survivability, but they also have a greater chance to have a weak calf, produce an inadequate quality and quantity of colostrum for their calves, have a calf with a reduced weaning weight and fail to rebreed during the next breeding season.  Adult cows need to calve in a body condition score (BCS) of 5.5-6.0 while bred heifers need to be in even better condition than adult cows.

When facing drought conditions during the breeding season it appears the rancher has two choices to consider: supplement the deficient nutrients and/or reduce the size of the cow herd to match reduced forage available. When dealing with drought, remember to provide the big nutrients first by asking two questions: Is there adequate protein and/ or energy (TDN) in the diet? What symptoms are the cows showing during or after a drought? Do you observe an increase in respiratory sickness (immune system), is there decreased reproductive efficiency (lowered conception), a change in hair color (red hair on an Angus) and finally did cows not “clean” after calving (retained placenta)? If you answered yes to these observations, then there may also be a mineral deficiency.

Both macro minerals (required in larger quantities, such as calcium, phosphorus, magnesium) and micro minerals (required in smaller quantities such as copper, zinc, selenium, and manganese) can cause decreased conception, delayed estrus, abnormal estrus, depressed immunity, and reduced forage intake. Subclinical trace mineral deficiencies probably occur more frequently than recognized by most producers and may be a larger problem than an acute mineral deficiency. This is because the rancher does not see specific symptoms that are characteristic of a trace mineral deficiency. With a subclinical deficiency, the animal grows or reproduces at a reduced rate, uses feed less efficiently and operates with a depressed immune system.

However, the major disadvantage to free-choice minerals is lack of uniform daily consumption by animals. Factors which influence consumption of loose minerals include: (1) soil fertility and forage type, (2) season of year, (3) available energy and protein, (4) individual requirements, (5) salt and mineral content of water, (6) palatability of mineral mixture, and (7) physical form of the minerals. An injection of trace minerals containing copper, zinc, selenium, and manganese provided by MULTIMIN® 90 can quickly overcome some of these problems by complementing the free choice fed mineral containing these trace minerals.

Antagonists in water or forage such as molybdenum, sulfur and iron can reduce the availability & digestibility of trace minerals.

Feed and/or water sources that are high in sulfur caused by drought can induce a copper deficiency in cattle despite adequate copper intake. This is because sulfur and molybdenum separately or together can form insoluble complexes in the rumen with copper and markedly reduce its availability to the animal. High dietary molybdenum in combination with moderate to high dietary sulfur results in formation of thiomolybdates in the rumen which greatly reduce copper absorption. Independent of molybdenum, high dietary sulfur reduces copper absorption probably by the formation of copper sulfide.

This is one reason that an injection with MULTIMIN® 90 will overcome ruminal effects on absorption caused by antagonism because research shows that plasma copper, selenium and zinc concentrations increase rapidly after injection compared to an inorganic form fed as a supplement. Work from Iowa State University found a significant boost in trace mineral status within 14 days after calves received an injection of MULTIMIN® 90 compared to calves fed an inorganic and chelated-organic mineral combination which reached the same level after 28 days. The group supplemented with only inorganic minerals took about 45 days to reach the same trace mineral status as the MULTIMIN® 90 calves.

Learn more about how MULTIMIN® 90 can support your herd in drought conditions and contact your MULTIMIN® USA Technical Sales Representative.
We use cookies to improve user experience by remembering your preferences and repeat visits. By clicking “Accept”, you consent to the use of ALL the cookies. You may manage your preferences through “Cookie Settings” to provide a controlled consent.
Cookie settingsACCEPT
Manage consent